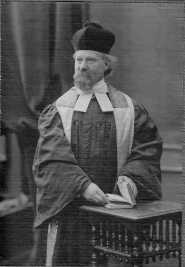 We know a lot about Adolf thanks to his son Viktor, a translation of whose biography of Adolf appears below.

Adolf wrote many books and papers. Below are the frontpieces of two of his books.

Adolf also wrote a number of contributions to that Encyclopedia. See: The Jewish Encyclopedia

Adolf married Jessie LOEWE, daughter of Louis LOEWE and Emma Silberstein. (Jessie LOEWE was born on 1 June 1849 in Broadstairs and died on 25 August 1934 in Vienna.)

Jessie's father, Louis, was secretary to the Jewish philanthropist Sir Moses Montefiore. Both Adolf and Jessie were in regular contact with Sir Moses. Below is an envelope from a letter sent by Sir Moses to Adolf in 1877, which is signed on its face by Sir Moses, and a copy of the last Israeli £10 note (issued 1975) with "Moshe Montefiori" on its face.